In the context of the pilot application of ARTEMIS, it was deemed necessary to visit the field to collect data concerning the natural ecosystem of the wider area of ​​Mouzaki. The collection of the data was particularly important for the purposes of the project as it was used to train the image classification algorithms and to assess the accuracy of the produced thematic products, but also to assess the state of the forest ecosystems in the area.

Initially, the surfaces were selected for the collection of field data taking into account information obtained from the management plans of the forest complexes of D. Mouzakios, as well as information collected after communication with the local forest office and the subcontractor of the project. The map below shows the boundaries of the regions and the chestnut areas according to the management plans. 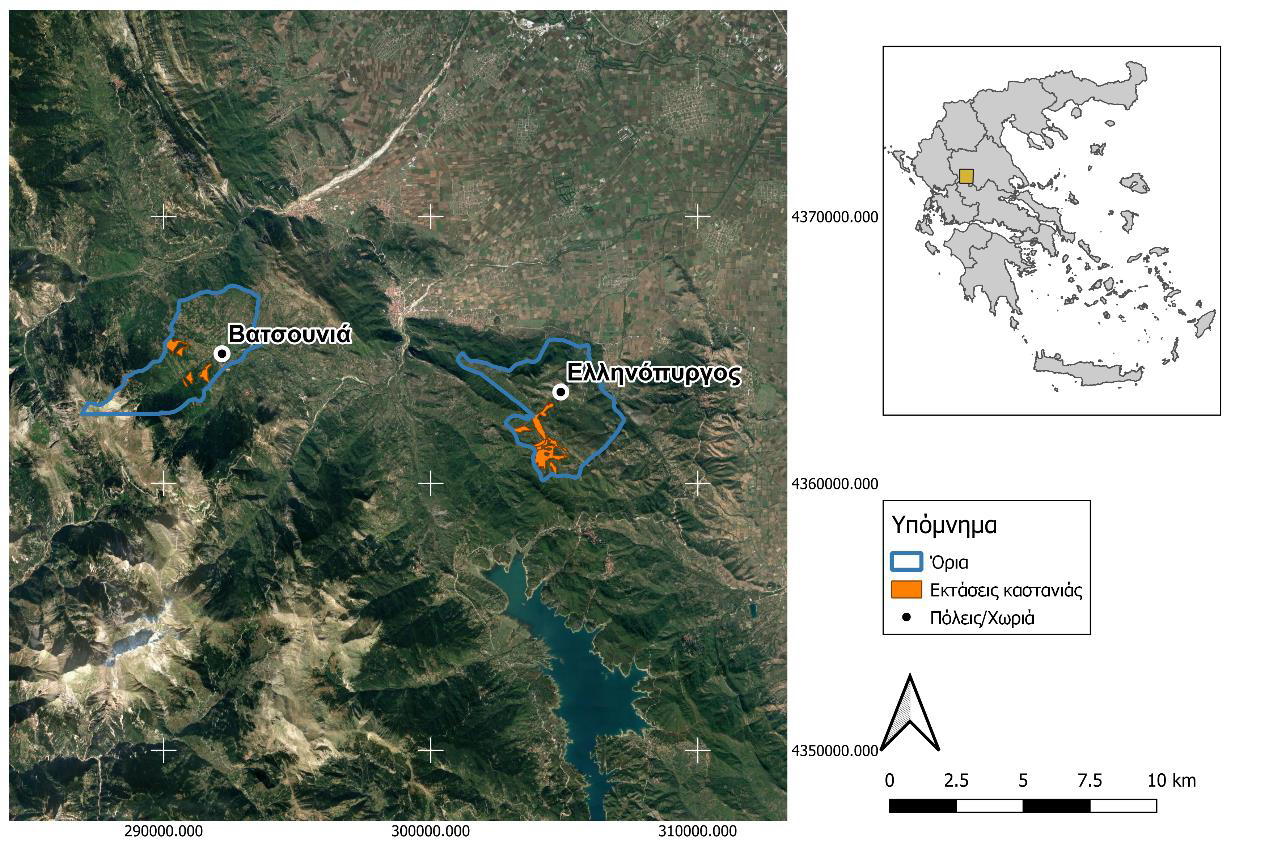 It is noted that visits were made at two (2) different times during the implementation of the ARTEMIS project. The first took place in August 2019 where a total of data was taken from 27 sampling surfaces in Vatsouni and Ellinopyrgos. A series of measurements was made on each surface. These initially concerned the identification of the location, the date the measurements were made, the altitude, and the surface coordinates. Photographs were then taken of each surface by aiming at the four horizon points with a still camera. At the same time, land cover/use was categorized into one of the following categories:

Afterwards, the damage to the ground surface was recorded and the causes were assessed by the staff. Possible causes of damage:

Finally, the health of the atoms on the surface was also assessed, which was categorized into:

The second series of visits to the Vatsounia and Ellinopyrgo areas were planned and carried out in two distinct time periods within 2021. The first phase of work was completed within April 2021, a period when the chestnut leaves are just beginning to develop after the winter period. As the flowering processes have already started in the oak stands of the area, the purpose of the visit was to collect data that record this intermediate state between the species, especially in the mixed forests of the area. This time visits were made only to the area of ​​Ellinopyrgos, as the area of ​​Vatsounias was no longer accessible by road to a large extent after the severe floods that occurred in the fall of 2020. The collection and processing of the data were carried out based on the methodological design developed and it was also applied during the field visits in 2019, i.e. as described above.

The last stage of repeated sampling took place at the beginning of September 2021, again in the Hellinopyrgos area. The general situation did not change significantly, except of course for the phenological differences between spring and late summer. An additional reason for the visit was for the project research team, with the help of the subcontractor, to test new forest parameter collection tools in the field, which can potentially support the standardization and support of the work in question.

The measurements from the field were also used to create spectral profiles, as shown in the image below. 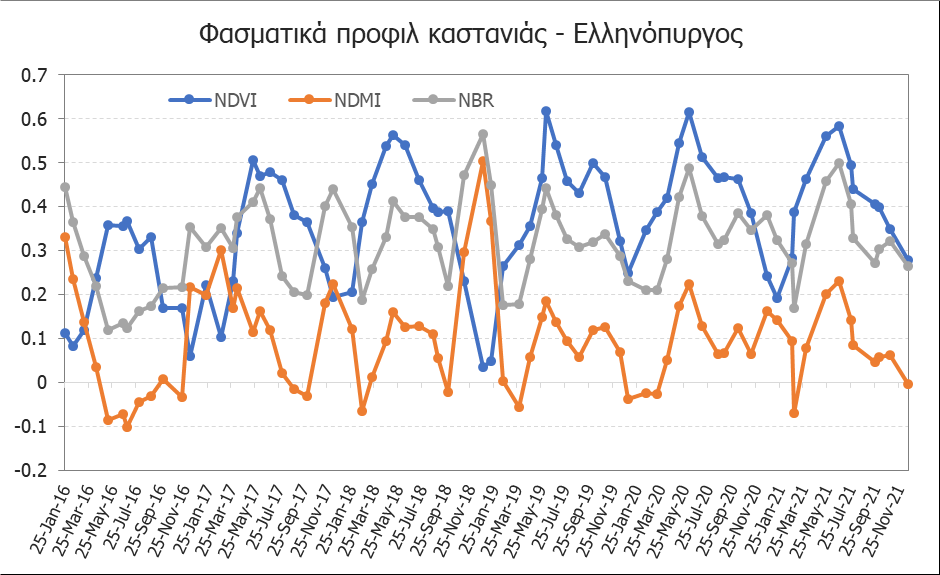